The Power of Vaccines

By now, we all know the Rotary Give every Child A Future (RGECAF) project summary. ‘Three vaccines administered to 100,000 children in nine countries over three years. But, what exactly are the project vaccines designed to protect against?

The success of vaccines to prevent disease cannot be over-stated. A report published in January this year in The Lancet, estimates that 37 million lives have been saved by vaccines, since 2000. Rotary International’s End Polio Now project is a shining example of the power of vaccines. Not only can lives be saved but, for many diseases, the ultimate goal of disease eradication is possible.

The RGECAF project vaccines are relatively new and may be unfamiliar to many of us.

The inaugural Rotary Aussie Peace Walk was held in Canberra on 27-28 March 2021 amid COVID restrictions. The idea was to create an event that actively focused on peace, while creating opportunities for Rotarians to connect with the community. The main targets were youth and young families, with the idea of attracting younger members to Rotary and promoting its youth projects. 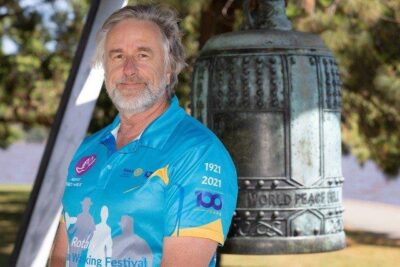 The event was initiated and directed by Chris Edwards (RC Hall District 9705), who said he didn’t want it to be a project that was owned or controlled by one Rotary club, because this could easily restrict engagement from other clubs. So, he formed an organising team that consisted of members from the Rotary clubs of Hall, Tuggeranong, Belconnen and Canberra Burley Griffin, along with a person from a Canberra walking club experienced in organising similar walking events.

The five key objectives of the weekend were to: 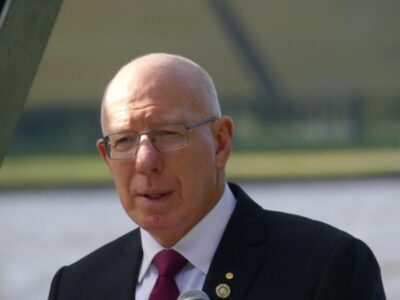 The weekend kicked off with an opening ceremony at the Canberra World Peace Bell, attended by Governor General David Hurley AC DSC, a representative of the New Zealand High Commission and Past Rotary International President Ian Riseley representing Rotary. After an indigenous smoking ceremony and Māori haka, the party ceremoniously rang the bell six times to signify the opening of the first Rotary Aussie Peace Walk weekend. This was followed by a Centenary Peace Dinner and indigenous art auction at the National Museum of Australia with guest speaker Dr Brendan Nelson AO, President of Boeing Australia, New Zealand and South Pacific, former Minister of Defence and past Director of the Australian War Memorial.

The dinner was attended by representatives from each of the nine island nations that are beneficiaries of the Rotary Give Every Child a Future project. The attendance of the Pacific Islanders made for a very entertaining evening of music and dance. The organising team commissioned a local indigenous artist to produce a commemorative painting for auction, at the dinner. NZ-based musician Alex Coffey was also commissioned to write a theme song for the Aussie Peace Walk that was launched on the night. 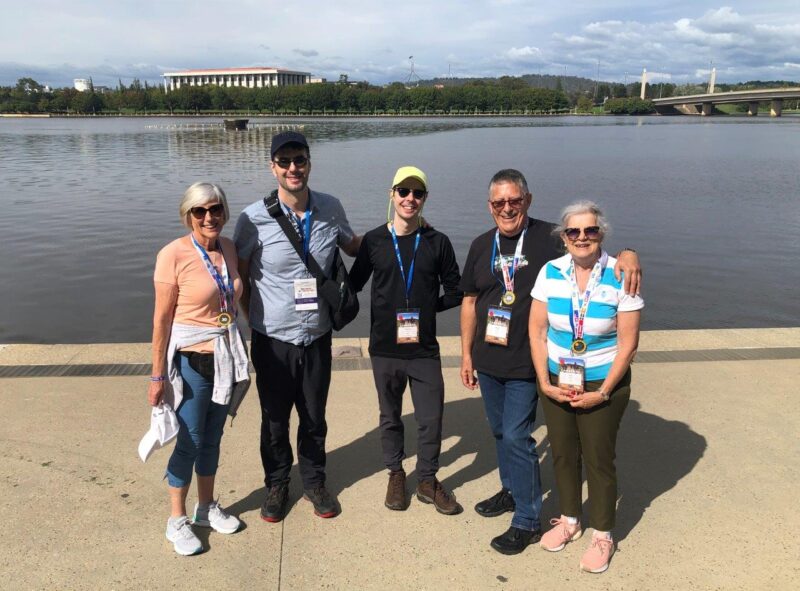 The Peace Walk attracted 473 entrants with more than half walking on both days. Half of the entrants were under 60 years of age, with the youngest only nine years old. Over the weekend, 111 volunteers from 11 Rotary, two Rotaract, one Interact and a Zonta club provided volunteer support.

Post-event surveys were conducted with both volunteers and participants. The overwhelming majority of responses were very positive, indicating that they would be back next year with friends.

Almost $25,000 was raised for Rotary Give Every Child a Future.

In addition, five new members, to date, have been inducted into three Rotary clubs, the oldest being just 54. All as a direct result of the walk.

The organising team have begun the planning process for the next Rotary Aussie Peace Walk to be held in Canberra on 26-27 March 2022. Chris Edwards anticipates that next year will be a far more successful event, given that the first one this year was a big learning process, and he hopes there won’t be as many COVID-19 hoops to jump through!

Many thanks and congratulations to Chris Edwards and his team for a wonderful event, and an extremely generous contribution to Rotary Give Every Child a Future.

Cape Reinga to Bluff for RGECAF

Alan White joined the Rotary club of Greenmeadows in the Hawkes Bay (District 9930) just before New Zealand’s COVID lockdown in early 2019. Months later he was cycling the length of New Zealand to raise funds for Rotary Give Every Child A Future (RGECAF) and increase awareness of the Rotary Australasia Centenary.

RGECAF: Alan how long have you been cycling?

Alan: I have always been a runner but the idea of cycling began in 2005 and a conversation at a conference dinner with a guy who had cycled across America. That appealed to me but it was not until early 2009 that I actually started cycling. My partner Liz and I cycled the Otago Rail Trail and we loved it! Liz then suggested we train for the November Taupo Cycle Challenge (160km round Lake Taupo). Multiple international cycle challenges followed.

RGECAF: And cycling for a Rotary project. How did that begin?

Alan: I finally did the Trans-Am in November 2019. Now retired, I was thinking how I could to give back to the community. I met a local Rotarian who suggested Rotary, and Liz, who had been a Rotarian overseas in the past, thought it would be a good fit for me. I joined the RC Greenmeadows in February 2020 but only managed a few meetings before the COVID lockdown. I emerged with cabin-fever and ready for another big bike-ride. My previous ‘giving’ had always been to New Zealand charities but our District Governor Grant Spackman was promoting RGECAF, his chosen project for the year, at his club visit. This inspired me to think ‘like a Rotarian’ and about the needs beyond our borders. I approached our club executives to suggest a bike ride fund-raiser and they responded very enthusiastically. I wanted to include the Hawkes Bay Cancer Society as a co-recipient of funds as this is a charity close to my heart after losing my wife Jan to cancer in 2004. The bike ride ticked multiple boxes for me; raising awareness of the Rotary Australasia Centenary and supporting local and international needs. In addition, RGECAF is a vaccination project. The importance of vaccines to save lives is more relevant today than ever before.

Alan: I had never cycled for charity before which added to the responsibility of completing the challenge. So, relief. Relief and satisfaction. I cycled for 35 of the 44 days with a prolonged stop in Hamilton for bike repairs, and two rest days. The ride was solo and daily distances varied with the terrain, but I averaged 88km/day.

RGECAF: An amazing achievement, especially for someone in their 70’s. On behalf of the children in the Pacific, and Rotary Give Every Child A Future, Thank You Alan. I am part of a team of Rotarians that came together nearly four years ago to initiate a project to recognize and celebrate the Centenary in Australia and New Zealand in 2021. It started as a group from the original four clubs in this part of the world – Melbourne, Sydney, Auckland, and Wellington. Since then, many other clubs and districts have participated and are providing support. We called the project Give Every Child A Future because importantly, it will reduce child mortality and ease the burden of cervical cancer, thus giving every child a better future. Welcome to our first quarterly newsletter. After many years of planning, Rotary Give Every Child A Future vaccines have arrived in the Pacific, storage equipment has been distributed and health workers training us underway. As we finally receive vaccines in the Pacific we are delighted to provide a full update from UNICEF. Chinese New Year celebrations traditionally focus on sharing good wishes for health and prosperity in the year ahead. This year a sold-out event was organised by the Rotary Club of Wellington in favour of better health for Pacific children.

Thanks to many generous guests and prize donors, more than $11,500 was raised for Rotary Give Every Child a Future during a superb ten-course Chinese banquet at Dragons Restaurant in Wellington on 21 February, held to mark the beginning of the Year of the Ox.

The event was attended by dignitaries including the Australian High Commissioner (an active supporter of Rotary’s Trans-Tasman Centenary), Rotarians from Wellington and further afield, and many friends and family members. Fundraising came from ticket sales, raffles and an auction. A particularly sought-after item was afternoon tea with the Club’s honorary member, Hon Grant Robertson, Minister of Finance.

Well-known epidemiologist, Professor Michael Baker of Otago University in Wellington, was the guest speaker. His speech reinforced the importance of immunisation as a regular, ongoing public health service. He strongly endorsed RGECAF’s focus on ridding Pacific countries of deadly but preventable childhood diseases along with protecting girls against the cancer-causing human papillomavirus (HPV). Professor Baker outlined the evolution of the COVID-19 virus from early 2020, the variable responses internationally and the effectiveness of New Zealand’s choice to try to eliminate rather than manage the virus’ spread. 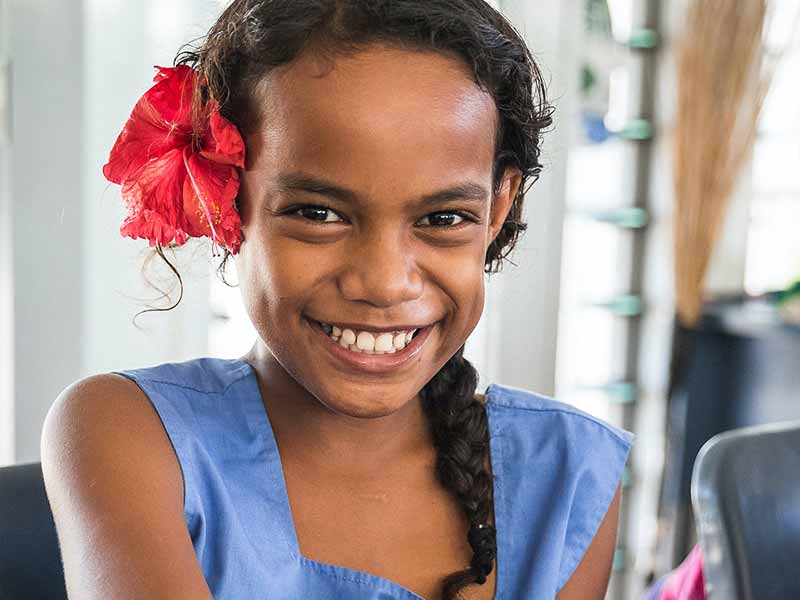 Rotary Give Every Child A Future rolls out

3 March 2021 News
All Rotarians ‘down under’ should now be familiar with Rotary Give Every Child A Future (RGECAF). It is the one Centenary project that spans the whole zone and the aim is to involve every Rotarian, every Rotary club and every Rotary district in saving lives in the Pacific. Rotary Give Every Child A Future, through our partner UNICEF, will vaccinate 100,000 children across nine Pacific Islands over three years.
In this article the project team give an update on where RGECAF is as of March 2021.
Continue reading at Rotary Down Under
Read more 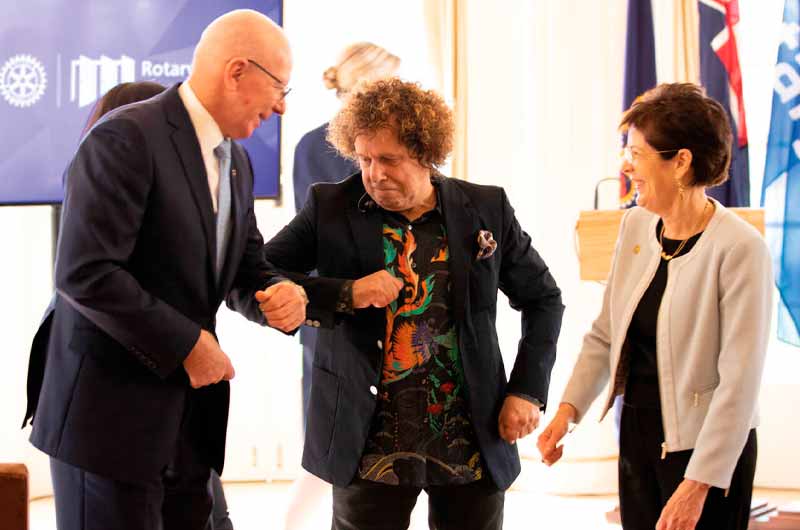 Celebrating a 100 years of service

During the one-hour event, the Governor-General and Mrs Hurley took part in the ‘Passing the Baton’ ceremony and the audience enjoyed musical performances by Josh Piterman, Nick Jones and Leo Sayer.

To celebrate 100 years of Rotary in Australia and New Zealand, Rotary is reflecting and celebrating the past, but more importantly looking into the future, with many new projects that deliver real, long-term solutions to the world’s most persistent issues. The Rotary Give Every Child A Future project to introduce three vaccines into nine Pacific Island countries, reached a significant milestone this month (March 2020) with the approval of NINE Global Grants by The Rotary Foundation. These grants, one for each country for the first year of the project, have a combined value of approximately US$1.3 million.

Global grants are made up of Rotary club fundraising and Rotary District Designated Funds which are matched by The Rotary Foundation’s World Fund by a minimum of $15,000 and maximum of $400,000.

This means RGECAF can now move to the implementation phase of this major public health initiative in the Pacific. Through our collaboration with UNICEF 100,000 women and children will benefit individually. Saving lives and saving families. In addition, the project will significantly strengthen health systems in each of the nine countries providing a legacy of improved healthcare.

RGECAF was launched by Rotary Australasia to celebrate 100 years, in 2021, of Rotary International in the region. For three years Rotary will fund rotavirus, pneumococcal and human papillomavirus (HPV) vaccines for Pacific Island children in Samoa, Tonga, Tuvalu and Vanuatu, and support vaccine programme delivery in these countries plus Kiribati, the Cook Islands, Tokelau, Niue and Nauru.

Implementing new vaccines into a country’s immunisation programme is very expensive. This is the phase RGECAF is supporting. With commitments from governments to continue the funding these vaccine after three years, this project will see children protected from life-threatening diseases, and families protected from loss of the mother to cervical cancer, for generations to come.

These grants are a huge boost to the project, but RGECAFs success remains dependent on continued fund-raising over the next 2-3 years.

Your ticket for the: The Power of Vaccines

The Power of Vaccines